A Glimpse of Qigong History by Suzy Sisler

You are here:
ArticlesFeatured Article 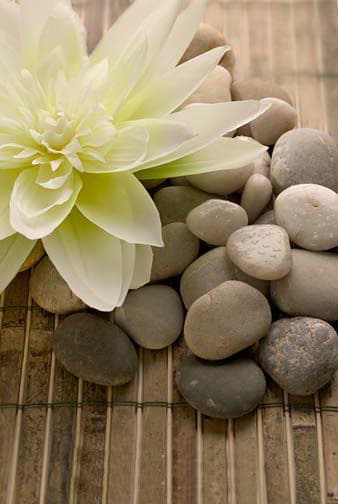 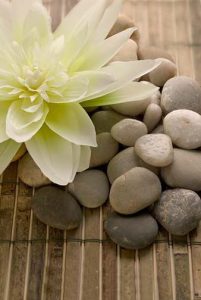 An assignment in our Qigong Teacher Training Program was to research the history of qigong. I want to share with you what I discovered.

It is important to remember the translation of the words ‘qi’ and ‘gong’ are energy and practice. Thus, the word qigong means the practice of cultivating energy.

In very early history, farmers and herders noticed the changes in seasons and its effect on their herds, crops and themselves. They noticed the flow of water and energy, and the behaviors of animals.

Over time they imitated and learned from these things, eventually forming Shamanistic rituals and personal daily practices to sustain health, safety and life.

Over the last 10,000 years, five major branches of qigong have developed. Each has influenced the other, repeatedly over time. They are: Taoist, Buddhist, Confucian, Martial and Medical. Zhineng Qigong, that we practice now, finds its roots in each of these branches of qigong.

Taoist Qigong is the earliest qigong method documented in Chinese literature and art. Through practice, an inner awareness of how qi flows was developed to maintain health, and realize inner stillness and spirituality. Taoist Qigong is based on softness and has the ability to stimulate the body’s ability to regenerate. As this practice grew and flourished over time, it became systemized to form the foundation of Traditional Chinese Medicine, acupuncture, self-healing, tai chi and therapeutic qigong bodywork.

Many different forms of Taoist Qigong now exist. What they have in common are working with physical motions and energetic systems in a precise way to affect specific parts of the body or the body as a whole. The ability to become aware of the flow of qi is documented into 16 components known as neigong. These neigong components depend upon all parts and cells of the body, including dantiens, energy ports, points and meridians. It is the physical map of energy flow in the body and is the source used in all Traditional Chinese Medicine.

The Taoist Qigong practice can be both subtle and intense. It includes the complete relaxation of the body, even, smooth breathing, and soft, fluid, circular movements done with ease and comfort. The effort used does not create strain. Stretches are accomplished by releasing and letting go of tension in the nerves and mind, instead of force or power of the will to push the body physically.

Many Taoist martial art forms such as tai chi are based on neigong. You can attain the same benefits without engaging in self-defense practices.

Buddhist Qigong came from the Hindu tradition of India known as Hatha Yoga and pranayama (breath and energy control).  It came from India by way of two sources. First it settled in central China in the Shaolin Temple as Kung Fu where the monks learned it to become strong enough to withstand extended periods of meditation and stay healthy. The second source is the Tantric traditions from Tibet. It spread through western China and then moved east over time. Buddhist Qigong tends to be hard and appears jerky with many linear movements as opposed to the softer circular movements of the Taoist forms.  It is believed that the physical strain and stretching can lead to internal release. Practitioners shout loudly, exhale loudly and hold their breath for extended periods of time to help facilitate the internal release. It is believed this practice helps release pent up aggression and negative emotions which helps one to experience deep relaxation and internal stillness.

Over time, Taoist and Buddhist practices influenced each other. Examples are Zen Buddhism’s stillness meditation and flow with the Tao, Taoist Kung Fu and Tai Chi influenced by the Shaolin traditions, and the use of sounds and vibrations from the Tibetan traditions used in healing, and deep tissue, organ and body work of qigong and Traditional Chinese Medicine.

Confucian Qigong is about enhancing intellectual ability and reducing the strain that intellectual effort creates.  Confucians were the largest group of intellectuals in China for over 2500 years. This qigong is also referred to as Intellectual Qigong.  This population formed the great academic, business, political and strategic planning backbone of the ancient Chinese world. Confucians are noted as responsible for many of the foundational practices of Chinese culture and thought. These include artistic talents such as calligraphy, brush painting, feng shui, and writing 10,000 character ideograms referred to today as mind-blowing and ahead of their time.

The techniques of this qigong focused on enhancing intelligence, creativity, perception and concentration.  They worked on developing unusual intellectual capacities and cultivated the ability to energize and activate the brain while keeping it calm and relaxed.

Martial Qigong’s goal is to master the abilities of the body to create greater than normal speed, power, coordination, sensitivity and reflexes. Through cultivation of heightened physical and mental abilities, a person can become someone with extraordinary, high performance capabilities. The goal is to create a body so vibrant and healthy that no opponent can gain power over you. This concept was adopted from the Shaolin Temple practices by the Chinese army many centuries ago to give them the fighting edge they needed.  The Shaolin monks taught it to protect themselves from marauders and outside aggression.

Tai chi can be put in this category, as well as Taoist, as it increases physical and mental strength and control as well as emphasizes the flow of qi. The difference between qigong-based martial arts and others is the use of circular motion, creating a strong physical and mental base to move from, and the mental and physical direction of qi when practicing or sparring.

The philosophy is to first make the body healthy with balanced qi, then make the mind and body very strong and stable. This qigong is great for athletes who wish to compete and maximize their potential.

Medical Qigong is a specialized type of qigong used to create health for those with illness or injury. It is based on the principles of acupuncture and energy flow.  It is typically used in conjunction with other forms of Traditional Chinese Medicine (TCM). They really can’t be separated; TCM does not exist without qigong. Acupuncture, herbs and massage are all based on the same physical theory as qigong theory.  Medical Qigong can be used to heal and create harmony and balance within the body, target specific illnesses with specific qigong practices, and create prescribed practice and lifestyle changes that change as the person makes progress.

As you can see, qigong is woven through the fabric of Chinese history and her people over many years and through many different associations. What we end up with is a time-honored practice of life and energy cultivation from a variety of different sources.

Zhineng Qigong is a relatively new qigong. It was developed by Dr. Pang Ming in the latter half of the 20th century. It is based on all of the 5 branches of qigong. It is an effective and beautiful system of qigong.

I found it interesting that those in power, whether it be a ruling dynasty of the past, or the Communist Party of China in the 20th and 21st centuries, all promoted the use and cultivation of qigong practice, medicine and philosophy. Each found relief from pain and illness, calmness and control of the mind and emotions, and the ability to create strength and longevity of mind and body. They recognized the wisdom within it. I, for one, am glad that they kept a written and oral history for us to learn from.

Many years of practice and dedication go into mastering qigong.  The practice of qigong can span a lifetime. It is something you are, not something you acquire. All that is required is going with the flow and a commitment to wellness. We, like the farmers of ancient China, recognize the significance our intentful practice has on ourselves and the entire universe.

These are the main sources of information I consulted: